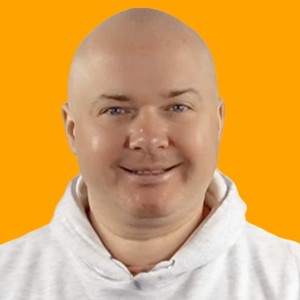 The Internet is full of information detailing Amazon’s interview process. I see no need to repeat what is already there. With this article, I will try to add value by sharing a Hiring Manager’s perspective. It will give you an inside view of what starts happening during the Amazon interview process once you hit that “Apply” button.

Two caveats are due.

First, I will describe a scenario that will play out in 9 cases out of 10. There is that odd case when the process will look differently, hence don’t be alarmed if your process does not look like what’s in this article.

Second, this article describes the non-technical scenario of Amazon interview process. While the technical hiring scenario does have a non-tech interview part, the process may run differently from the pure non-tech path. I’ve never hired for tech roles, which is why I will gladly point you in a better direction once I find a reliable source.

Technically, Amazon interview process does not start until the candidate is invited to the interview. Yet, the hiring machinery sets in motion the minute you hit “Apply” button.

How would I make the decision on who to progress? The best and most relevant profile usually wins. Here, everything is important – the quality of the education, grades (if volunteered in the resume), the profile of employers, the content of the roles and achievements.

There is no set formula for a profile that gets to move forward. This is because every role is unique, and every hiring context is peculiar. There are situations when, as a Hiring Manager, I’d be willing to take more risk on candidates and cast the net wide. One such situation is if I am thin on the ground and under pressure to hire. This does not mean that a hiring urgency on my side will increase your probability of getting in with an otherwise uncompetitive profile. It will, however, nudge up your chances of being invited to the Phone Screen.

If there is an over-supply of applications, my risk profile becomes more conservative and the phone screen to applications percentage will have to go down.

As a candidate, you won’t be able to influence or control 99% of Amazon interview process at this stage. What makes your profile competitive – your education, employers, roles and achievements – won’t change in an instant.

However, there are a few things that you can do to reduce the odds of not being progressed despite having a winning profile.

First, make sure that your resume is clear and easy to read. Fancy designs bring no added value to Amazon interview process if they don’t improve the speed at which I can scan the resume.

Second, your responsibilities and accomplishments are the most important part. If pressed for space, prioritise them over skill charts and hobbies (as a Hiring Manager, I can attest that I’ve never looked at the Hobbies part of a candidate’s resume)

Third, make sure that achievements in the resume detail your personal contributions. You should adorn accomplishments with end-results, and these have to be measurable. There is no need to divulge any confidential information, and all data can be benchmarked and indexed. Recent grads should focus on project work, part-time jobs, side-gigs and other extra-curricular activities (avoid over-indulging on classwork).

Lastly, get a referral. Tech companies have mechanisms in place to give a morsel of extra consideration to profiles that landed through referral programs. If getting a recommendation, do ask your referrer to drop a note to the Hiring Manager and the recruiter to follow up.

Amazon interview process begins with a Phone Screen, which today means an Amazon Chime call with video off. The content of the call maybe 100% behavioural, 100% functional or a combination of both. Behavioural questions are similar to those mentioned in this article.

The outcome of the Phone Screen is either a reject or progress to the next stage. You should get your decision within two days. If it takes longer, it’s usually due to low bandwidth (it’s Q4, all hands are on deck to monitor sales).

This stage of Amazon interview process is called Loop. The origins of this term are puzzling, especially since it refers to five back-to-back interviews. The Loop can be 1-2 weeks away from your Phone Screen, which is normal given the state of everyone’s diaries.

For non-technical roles, Loop interview content is 99% behavioural and is based on Amazon’s Leadership Principles. The best way to learn how to answer Amazon interview questions based on the Leadership Principles is to take Amazon Interview Bootcamp training. This course will give you everything you need to be able to pick the right situations in your interview responses.

During the interview, I’ll be taking lots of notes. This is why my eye contact may be patchy. Apologies for this – my note-taking is for your benefit. I am very keen to make an objective decision, and so is every person who will interview you.

Discussing candidate performance before the Loop Debrief is a taboo. Yet, it’s hard to vouch for hundreds of loops and guarantee that nobody will break their silence.

Before I submit my interview notes into the system, I have to vote whether to hire the candidate or not. At this stage in Amazon interview process, my vote is indicative. I may change it later on in the process if the candidate did exceptionally well with other interviewers.

All candidates that I have ever coached wanted to figure out who the Bar Raiser is. That’s because a Bar Raiser is an interview panellist whose job is to attest that the candidate is better than 50% of Amazonians currently employed in the same job family and level. While diving deep into the institute of Bar Raisers at Amazon is out of the scope of this article, I will offer you the same guidance that I offer all of my coaching clients. Forget about the Bar Raiser and don’t spend much time pondering their role in the Amazon interview process. Instead, do your personal best in all interviews. There is nothing about the Bar Raiser being one of the interview panellists that you can influence and control in a way that’s different to how you handle the rest of the interviews.

The next stage in Amazon interview process is a debrief. It’s a meeting led by the Bar Raiser that all interview (loop) panellists attend. This is where we would discuss the candidate’s performance in all interviews, read and compare notes. In 90% of cases, the Bar Raiser would run the meeting and press interview panellists on any points of contention. The BR’s job is to ensure that the decisions are made objectively, and to arrest any bias that emerges during the discussion.

Some debriefs last for 15 minutes. It happens when everyone is unanimous or near-unanimous in their voting. Longer meetings emerge when the Loop is “split”. An even hotter debate takes place if the Bar Raiser and the Hiring Manager disagree on their vote. During the debate, the Bar Raiser will try to unearth as much extra evidence as possible from all interviewers to evaluate opposing votes.

The final outcome of the Debrief is an overall vote and an offer. For the overall vote to be “inclined”, both the Hiring Manager and Bar Raiser have to agree. For the final vote to be “not inclined”, just the Bar Raiser’s veto vote is enough. You should get your decision within 5 days from the Loop. In 9 cases of our 10, these timings will be real. Delays are usually caused by clogged-up diaries.

A successful outcome from the Debrief part of Amazon interview process leads to an offer in 9 cases out of 10. As you can anticipate, sometimes things don’t follow this script. One reason why there can be an “inclined” Loop but no offer is when a candidate did exceptionally well on LPs but the functional fit was poor. Another situation is when there was another candidate in the process who received an offer after your loop had been scheduled.

Amazon interview process can seem to be unorthodox, but there’s a method to the madness. All participants do their best to ensure a great candidate experience and objective decision-making. The only thing that you can do as a candidate is your personal best during Amazon interviews. I recommend that you don’t leave your interview preparation to chance and check out Amazon Interview Bootcamp, STAR Method Bootcamp and my Amazon Interview coaching service.

One of D1C Discord community members has recently received multiple L7 offers from Amazon (he went through a split-loop, received an “inclined”

How to survive your first six months at Amazon (Part I)

Before I tell the story, I’ll be vocally self-critical in the best of Amazon senses. I’ve written this survival guide based on

A few years ago, I successfully cleared my on-site loop at Amazon and secured an offer to join the business as a

I’ve been at Amazon for over three years and have interviewed extensively. Over time, when interviewing for partner teams, I took a

Thank You For Subscribing!

Watch out for your account set-up instructions in your email inbox. Your products will be in the members area of the website.